I had to go to tell the patient’s SO that the patient was doing well. It was an emergency surgery and from the 1-liner I had gotten from my senior, this sounded like a disaster case. Honestly, when they opened the patient up, it looked like it would be a disaster case. But in between floor work, I checked back on the case. And it seemed to be going ok. And the second time I crept in, the attending asked me, “Why don’t you go to tell the SO that the patient is doing well? We’ll be in for a bit longer, but things are stable.”

Stable. What a loaded word. I had never considered it before.

To the SO, it might mean to have the patient soon back in the house, making breakfast, cracking jokes. Not yet, but it was coming.

To us, it might mean that the patient who had a very good chance of passing overnight was now likely, almost definitely, quite assuredly going to make it till tomorrow or the day after.

What a loaded word. It’s one I will never throw out casually again.

I loved giving good news. How stupid of me to say, who doesn’t like giving good news? But I was all too eager to pass along the tidings. Too eager to find the SO, pull them aside, and pass along – verbatim – what the attending had told me. Verbatim. Never thinking of qualifying or addending or considering what that meant to the patient.

And I wasn’t proved a liar for almost a week more – at which point, maybe the statute of limitations had passed on how long I could hold myself accountable. But when the patient did pass and I peaked through the door to see the SO bedside, taking in the final moments as CMO kicked in all around, I knew the good news I had given at that moment back in the waiting room would never leave their mind, as it would never leave mine. 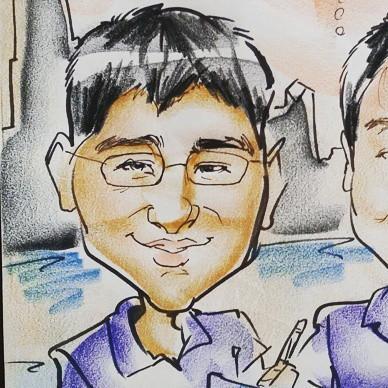